By RRH Uncategorized No Comments 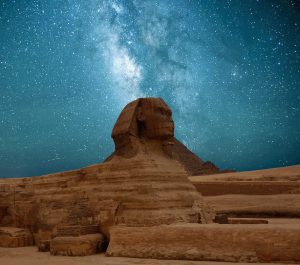 Honey played an extraordinary role in ancient society, and in the following article, we will explore the part of Honey in the ancient world. When speaking of Honey, perhaps the best place to start exploring the history of this magic liquid is Ancient Egypt.

The ancient Egyptians were among the first civilizations to develop beekeeping practices.

The earliest evidence of honey harvesting dates back to around 3000 BC. And it is thought that the Egyptians were responsible for introducing Beekeeping to other parts of the world.

The ancient Egyptians first started Beekeeping by capturing wild hives. They would then put the hives in a sunny spot near their homes or farms.

The farmers would also use hollow logs, baskets, and pottery to house the bees. The hives were made out of clay and mud pipes stacked over each other. Special moving rafts were built to move the hives to a new location near flowers, or in other words, Egyptians were practising the so-called mobile Beekeeping.

The ancient Egyptians also had a special way of harvesting honey. They would cut off the top of the hive and then collect the honeycombs. They would then put the combs back in the hive to continue to make Honey. In these days, Beekeeping was an important activity organised and controlled by the state.

Bees were considered sacred animals by Ancient Egyptians. They believed that the “honey bee” was a gift from god Re. Therefore, they would often depict an image of honey bees in hieroglyphics and paintings. Raw Honey was also often used in religious ceremonies and offered as a sacrifice to gods. Honey was often included as part of their tombs or pyramids to ensure that they would have food in the afterlife. For instance, an excavation in 1922 discovered more than 2000 jars of preserved Honey from the tomb of King Tut. The archaeologists tasted it, and to their amazement, found it to be sweet and edible – 3000-year-old Honey still edible. Moreover, Egyptians fed sacred animals such as a sacred lion at Leontopolis with honey cakes. 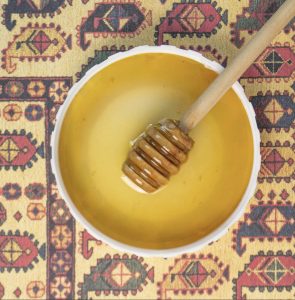 In Ancient Egypt, Honey was a valuable currency, easy to store and transport. Honey was convertible for all trades and used to measure its worth relative to other objects and commodities. In addition, raw Honey was used to pay taxes and as a kind of tribute from the various provinces to the pharaoh.

Honey was considered a prestigious food at this time in Ancient Egypt at which only the higher classes could enjoy. Honey was given to pharaohs, and people who worked with them were granted a spoon of raw Honey a day for general wellbeing and to increase longevity. Furthermore, Egyptians did not grow any sugar or corn at this time. Therefore honey was the only sweetener.

Ancient Egyptians used raw Honey in medicine as well. In fact, Honey was mentioned five hundred times among nine hundred Egyptian remedies. Honey was a standard prescription for cuts, infections, wounds and burns. They also used Honey to treat coughs, asthma problems, throat infections, sore throats, and stomach ulcers. They believed raw Honey had many healing properties and was easily digestible when combined with other ingredients.

Ancient Egyptians used Honey so many ways, and it is amazing how versatile this natural product really was.